Army haircuts styles are among the top-choice hairstyles for little kids as they grow up and also during their teens.

One of the major reasons behind that is the fact that it is one of the most low maintenance haircuts and requires not more than a few minutes to style kids’ hair to perfection.

The haircut has received great acceptance and popularity lately and little boys are liking it more than ever. The exclusivity of this haircut for the military personnel is no longer valid and just about anyone can wear the look.

Let’s find out some of the variations of this beautiful hairstyle that your kid can try and make a statement this summer.

This is, probably, the most utilized military haircut around. Usually, the haircut is given to the sides and the back as the hair is tapered in decreasing lengths.

You can give different heights to the fade as well to make for a unique hairstyle for your kid as well. You can try three variations of this particular look, each with a different height of the fade haircut.

For a perfect military look, having fade haircut style would mean that the top hair must not be left greater than a couple of inches. If you fail to do that, the haircut can’t be categorized as the fade haircut.

That’s another cool look which is created to give your boy a more masculine style. This one looks and feels more characteristics for the army. It creates powerful, strong, brave vibes and that’s exactly what military people are all about.

The haircut requires you to shave his hair off all over while keeping the top hair only an inch at most. Normally, 1 or 2 numbers guard length is used for clipping the hair on top while keeping it a bit higher as compared to the sides and the back.

This particular hairstyle doesn’t offer any kind of real smoothing for its edges. You have to make sure that it is properly faded because otherwise your kid will look more like some walking mushroom which doesn’t look “manly” for your kid.

It is another super-cool hairstyle and more of a manly haircut which is ideal for kids looking for something extreme that still relates to the military hairstyles.

You may call it an extreme look just because of the strong vibe it delivers. If your kid can deliver some strong expressions from his face, the hairstyle would really look perfect on them.

This one is, basically, a higher look given to high & tight haircut discussed above. The difference between the two, however, lies in the hair on top.

For this one, the middle section features only a simple hair strip while the hair all around that strip is shaven off. In fact, it looks more of a bald hairstyle with almost no hair at all around the head.

Leaving that strip on top is used as military jargon describing that strip as the “landing strip”. That’s a popular element of this recon hairstyle and the hairdo is very popular among marines as well.

It is more of a typical military haircut and just about everyone in the army wears this beautiful look. For this haircut, you have to keep the hair on top somewhere around a couple of inches in length. The sides and the back, however, have tapered hair that goes quickly into the kids’ skin.

It is a haircut that is worn most commonly in short hairstyles for kids and even men. The best thing about the hairdo is that it has a bit of length left on the top.

What that means is it gives you enough room to style the hair on top in whatever style you like. So, that’s definitely going to give a stylish look to your boy.

This one is more of a conservative look which has been quite popular in the army men as well as the sportsmen. The simple reason is that the haircut is really comfy and supports a lot of different productive activities they indulge in throughout the day.

In fact, this hairstyle is not just restricted to the army men and many soccer and football athletes have also worn this look for years. Nevertheless, the hairstyle is just perfect and requires no maintenance at all.

The haircut varies in its style in some of the regions around the world. For example, the version that is normally styled in the US is a little different from the one that is given to the kids in some of the European countries.

The hair on top is allowed to stay at the same length while the back and the sides aren’t tapered the way it is done in the version that is popular across the US.

Now, this one is again a look very close to the typical crew cut. However, it is slightly on the longer side. It lends its name from the universities of the Ivy League as it was quite a popular haircut among the undergraduates from those universities. Nevertheless, it quickly became popular among the army men as well and that’s where your kids can take inspiration from.

The haircut is also referred to as a Harvard Clip, Princeton Clip, and Brown Clip. Everyone would remember it more from its university names instead of more standardized names associated with the hairdo.

To be honest, it is nothing but another variation of the crew cut hairstyles with a bit longer hair. The hair on the sides and the back is kept a little longer and it’d done so even when it is tapered. Besides, it’s still finished with the clipper.

Undercut hairstyles have been given a lot of different variations for men and also for kids and you can go with one that suits your kid the best.

As far as the military hairstyles go, however, it’s a whole different story. In case of an army undercut hairstyle, you need to keep things short everywhere.

You may want to go with a hairstyle that features medium length on top while the sides and the back get a typical undercut.

Informally, the hairstyle has been known as Darmody haircut as well as SS haircut. Of late, we have seen this army haircut to be trending all around the world. Kids really love this wonderful hairstyle and you can style their hair this way on any day.

You may find this beautiful hairstyle pretty much similar to the flat top hairstyles. However, it is a little different. And, the difference comes from the fact that this hairstyle doesn’t give you that flat top look when you lift it up.

This one aims more at giving a perfectly neat look to the hairstyle when it is brushed all the way up. So, it is trimmed rather simply.

The haircut is not only perfect for kids who have straighter hair types but will also work for those with curly hair.

Just make sure that you don’t use any ordinary brush or comb for styling this hairdo. Rather, it takes a wide-tooth comb for perfect styling.

This is the hairstyle that young boys have to get when they first enter their military boot camp. This one is referred to as the induction haircut because the hairstyle is associated with the newly recruited kids.

It is really a classic short haircut and, compared to different other military hairstyles, this one is probably the simplest of looks to achieve.

The hairstyle doesn’t need any styling or fading either. What’s even more interesting is the fact that this particular hairstyle gets a few more variations as well.

There is a Burr cut which uses guard 1 or guard 2. Then there is Butch cut for which you need guard 3 or guard 4. Finally, there is the longest of the three called Birch cut where you have to use guard 4 or guard 5 and half.

Let’s get into some details of the Burr Cut then. This one takes things a level up as compared to the induction hairstyle as far as the length is concerned.

You need guard numbers 1 or 2 for achieving a perfect look. In the end, you’ll have a length of 1/8th of an inch left on top.

So, to put it simply, it is something very similar to an induction haircut where the hair is clipped all over the head using a single guard. It is all kept basic and plain everywhere without any kind of fading or styling. It’s a simple yet classic look.

What do you make of these army haircut options then? Do you think any of these is going to be the next style statement for your little one?

Make a pick now and try a few variations of the haircut with your kid’s hair right throughout the summer. 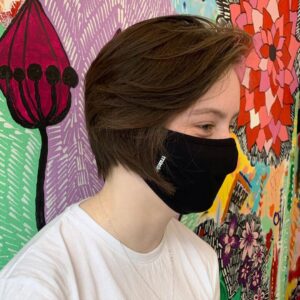 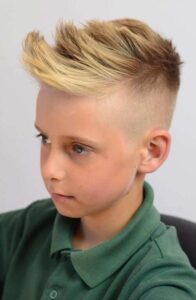 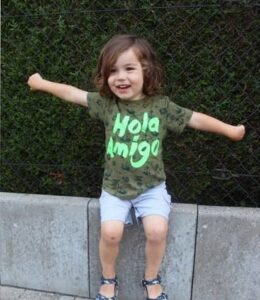 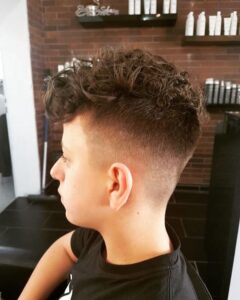 Best Curly Undercut Hairstyles For Men – How to Style (2022 Guide) 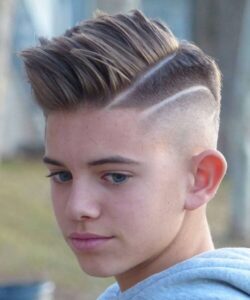